1. Benjamin Millepied and Natalie Portman Met on the Set of ‘Black Swan’

Natalie Portman met her husband, Benjamin Millepied, on the set of ‘Black Swan.’ In case you don’t know, ‘Black Swan’ is a psychological thriller which chronicles the lives of two ballet dancers, played by Natalie Portman and Mila Kunis, in New York City. Millepied, a career dancer, was hired as the main choreographer for the ballet-intensive movie. Even though he signed on for a behind-the-scenes role, Millepied ended up in the spotlight, volunteering to portray Portman and Mila Kunis’s dance partner in the movie. Natalie Portman likes to point out the irony of Millepied’s ‘Black Swan’ character – he had to convince the audience, while playing this character, that he didn’t want to sleep with Portman.
Millepied is most widely recognized for his work on ‘Black Swan.’ While he certainly has made a name for himself in the dance world, ‘Black Swan’ helped put Millepied on the map of mainstream entertainment.
Meeting your wife and padding your resume in one go – talk about killing two birds with one stone!

Much of Benjamin Millepied’s career and life has revolved around dancing. Millepied began studying dance at the age of 8. He went on to the Conservatoire National in Lyon, France only a few years later and trained at the School of American Ballet. While still in school, Benjamin Millepied won multiple, prestigious awards and competitions including the Prix de Lausanne and the School of American Ballet’s Mae L. Wien Award for Outstanding Promise.
During his career, he has crossed paths and worked with notable figures in the dance world including Jerome Robbins, Helgi Tomasson, Christopher Wheeldon, and Christopher d’Amboise.
In 1995, at the age of 18, Benjamin Millepied joined the New York City Ballet’s corps de ballet. Millepied spent an impressive 25 years with the company, earning a spot as a soloist and a principal dancer after only a few years with the company. While dancing with the NYCB, Millepied also worked as a choreographer, contributing pieces to the American Ballet Theatre, School of American Ballet, and even choreographed the movie ‘Black Swan’ while still with the company. While choreographing for the American Ballet Theatre, Millepied met his long-time girlfriend Isabella Boylston. Benjamin Millepied and Isabella Boylston were even still together when Millepied met Portman on the set of ‘Black Swan.’ Millepied reportedly left Boylston for Natalie Portman. Millepied also left NYCB around the same time, in 2011.
More recently, Benjamin Millepied has worked on the L.A. Dance Project, a company that focuses on presenting new creative works – from dancing, to painting, to musical compositions – throughout L.A. Millepied also spent two years, from 2014-2016, working as the Director of Dance, for the Paris Opera Ballet.

3. Benjamin Millipied is an Actor in His Own Right

Aside from featuring in ‘Black Swan,’ Benjamin Millepied also has a few additional motion picture credits to his name.
In 2001 and 2003, Benjamin Millepied’s dancing, as well as that of other New York City Ballet dancers, was motion-captured for two animated films in the ‘Barbie’ film franchise, ‘Barbie in the Nutcracker’ and ‘Barbie of Swan Lake.’
Benjamin Millepied snagged a starring role in a short film called ‘Time Doesn’t Stand Still’ in 2010. The film was directed by Asa Mader and Millepied starred alongside Lea Seydoux.
A multi-talented man, Benjamin Millipied has also directed a number of short films with The Amoveo Company, a multimedia production company that Millepied founded in 2012.

Benjamin Millepied is among one of the five richest ballet dancers in the world. Over the course of his career, Millepied has amassed a net worth of $900,000. Of course, this figure doesn’t hold a candle to his wife’s, Natalie Portman’s, net worth, coming in at $54 million. But, a net worth of $900,000 is still nothing to scoff at.
The world of ballet dancing can be restrictive in terms of height. In some companies, it is impossible to be hired if you are female and over 5’5″. Yet, Millepied’s height of 5 feet 10 inches, hasn’t seemed to hold him back.
Benjamin Millepied currently has 116k followers on Instagram and is officially verified. His Instagram posts are typically artsy and dance-related, seemingly career-centric, and very few feature his beautiful wife or kids. His wife’s, Natalie Portman’s, Instagram is quite a different story. Natalie Portman currently has 2.2 million followers on the social media platform and posts content related to the movies she has starred in, as well as content related to her political views, encouraging her followers to stand up for what they believe in.
Born on June 10th, 1977, Benjamin Millepied is currently 41 years old. He is only four years older than his wife, Natalie Portman. 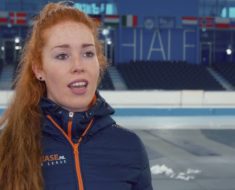 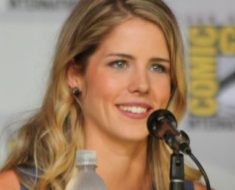 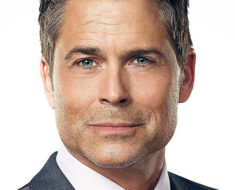 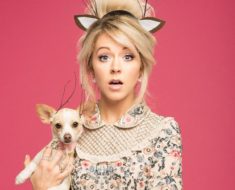