Home
Entertainment
Bella Hadid’s Net Worth: Just How Rich Is The ‘Model Of The Year’?

Bella Hadid was named Model of the Year in 2015. Find out more about this stunning 21-year-old and her rise to fame, along with her estimated net worth.

Bella Hadid is an American fashion model from Los Angeles, California. She was born on October 9, 1996, making her 21 years of age. Bella is the daughter of Palestinian real estate developer Mohamed Hadid and Dutch-American model Yolanda Foster. Bella’s parents are divorced and her mother Yolanda is currently married to music producer David Foster. Bella Hadid is the sister of another supermodel, Gigi Hadid. Her brother Anwar Hadid is a model as well. The three have two older half-siblings who are both sisters, on their paternal side, named Marielle and Alana. From their mother’s marriage to David Foster, they have five step-siblings too. Bella Hadid lived with sister Gigi and brother Anwar on a ranch in Los Angeles for 10 years. They had stables and horses, helping Bella become a nationally ranked equestrian competitor. Bella had dreams of riding at the 2016 Olympics in Rio De Janeiro, Brazil but had to give up horseback riding due to contracting Lyme’s Disease. Both her mother and brother have Lyme’s Disease as well. Bella moved to New York to attend college for photography at the Parson’s School of Design in 2014. She also signed with IMG models in the same year and dropped out of school to pursue her successful modeling career. She does intend to go back to school once her modeling career is over to pursue a second career in fashion photography and acting.

Above on the left is Bella Hadid, posing with her model sister, Gigi Hadid. The two siblings are Palestinian-Dutch-American and their exotic beauty has rocketed them to international modeling fame seemingly overnight.

Want to know more about 2015’s Model of the Year, Bella Hadid? Keep reading for fun facts, her net worth and juicy details about the supermodel’s love life, including how her fling with rapper Drake ended suddenly.

Bella Hadid: Age and Net Worth

Bella Hadid is only 21 years of age. Her beauty is well beyond her years. She is just one year younger than her supermodel sister, Gigi Hadid. The two have experienced huge success as models both individually and as siblings. It is reported that Bella Hadid’s net worth is approximately $12 million. She made the top paid models list by Forbes this year along with sister Gigi Hadid. Bella earns about $6 million yearly from her modeling work, just under the $9.5 million earned annually by her sister Gigi Hadid.

Bella Hadid: Fun Facts About the Model of the Year

Here are some fun facts about Bella Hadid: Bella’s full name is Isabelle Khair Hadid. Bella and her sister Gigi are descended from Palestinian royalty through their father, who can trace a direct line back to the Prince of Nazareth and the Sheikh of Galilee. Bella is an award-winning equestrian contestant who rode competitively until being diagnosed with Lyme’s disease. Bella is sister Gigi’s biggest fan. Bella did not have dreams to become a supermodel. Bella is connected to the Jenner family through stepfather David Foster’s first wife, Linda Thompson, who had Brandon and Brody Jenner with Caitlyn Jenner (formerly Bruce), who are the half-siblings of Kylie and Kendall Jenner. Bella briefly dated rapper Drake and is now reported to be dating The Weeknd. Bella Hadid has over 18 million followers on Instagram. Her sister Gigi has over 35 million followers on Instagram.

Bella Hadid showing off her perfect modeling figure and street style in the picture above.

Bella Hadid: Her Love Life and Fling with Rapper Drake

Bella Hadid was rumored to have dated rapper Drake, but their relationship ended suddenly. It is said that Drake dumped her by text message, essentially “ghosting” her. Following that breakup, artist The Weeknd reportedly sent Bella flowers to make her feel better. It is now said that Bella and The Weeknd are dating. Sounds like Drake’s loss!

Bella Hadid was signed to IMG Modeling Agency in 2014, the same year she moved to New York City to attend Parson’s School of Design for photography. Bella made her first debut on the runway the very same year, walking for designer Desigual’s show during New York City Fashion Week in the fall. Her sister Gigi Hadid walked in the same show as well. Bella has walked for several other famous designers, including Tommy Hilfiger, Jeremy Scott, Mark Jacobs, TopShop Unique, Philipp Plein, Moschino, Missoni, and Bottega Veneta. Bella has also been featured in several fashion magazines, including a cover on Jalouse Magazine and spots in Harper’s Bazaar, GQ, Town and Country, Elle, a cover on Seventeen, Teen Vogue, and in V Magazine with sister Gigi. In the past year, Bella has been named ambassador for Dior Beauty, Bulgari’s accessories line, and TAG Heuer.

It’s hard to believe Bella Hadid’s age is only 21 from the picture above.

Bella Hadid: Street Style and Her Love for Sneakers

Bella Hadid, like sister Gigi, is generally thought to have incredible street style. She is also known for being a lover of sneakers. She recently appeared as a guest on Complex’s Sneaker Shopping series. While the model may have impeccable street style, her street lingo leaves a little to be desired. Bella Hadid is claimed to have over 200 pairs of Nike sneakers and spends over $1000 per year on her addiction to sneakers.

Bella Hadid, shown above wearing a Nike top and sneakers, is reported to own over 200 pairs of Nikes. 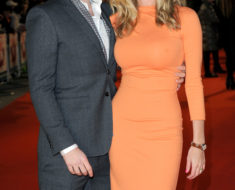 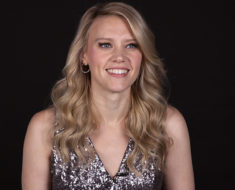 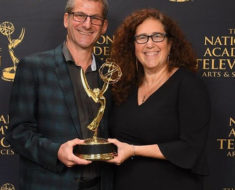