The beautiful Indian actress Anushka Sharma recently got married to Indian cricketer Virat Kohli. Read on to know about her net worth, movies and other facts.

Anushka Sharma and her movies

Anushka Sharma, born in 1988, is an Indian actress and a film producer. She is one of the most sought-after actresses in the Indian cinema today. She is also one of the most popular and highest-paid actresses. Sharma is the recipient of several awards. She has got one Filmfare Award and seven nominations. Anushka Sharma was born in Ayodhya and raised in Bangalore. She did her first modeling assignment for fashion designer Wendell Rodricks in 2007 and then moved on to Delhi to pursue her modelling career. Sharma’s acting debut was opposite Shah Rukh Khan in the highly successful ‘Rab Ne Bana Di Jodi’ which got her a Filmfare Award nomination for Best Actress. She later starred in many big banner films like ‘Band Baaja Baaraat’ in 2010 and ‘Jab Tak Hai Jaan’ in 2012. She got the best supporting actress award at Filmfare for ‘Jab Tak Hai Jaan’. Her film ‘PK’ was one of her biggest commercial successes. In the film ‘PK’, she appeared as television reporter. The film was based on religious satire. She later appeared in the sports drama ‘Sultan’ in 2016 as a wrestler. Both the films, ‘Sultan’ and ‘PK’ rank among the highest-grossing Indian films. Her crime thriller ‘NH10’ in 2015 got her accolades of praises for her performance. ‘NH10’ also marked her production debut. She later appeared in 2016 romantic drama ‘Ae Dil Hai Mushkil’ which did well at the box office. Anushka Sharma does a lot of brand endorsements along with her acting and also has her own line of clothing called ‘Nush’. She supports various causes and charities including animal rights and gender equality. She and her brother, Karnesh, together are the co-founders of her production company, ‘Clean Slate Films’. Sharma will next be seen in the movie ‘Pari’ produced by her own production house. ‘Pari’ is supposed to release in February, 2018. She recently got married to Indian cricketer Virat Kohli. The duo had been in a relationship for quite some time. They had their ups and downs but managed to overcome their differences. The couple fondly called Virushka by fans became a natural obsession. The Virushka marriage was a hush-hush affair in a country side resort in Italy on 11th December, 2017. The marriage was attended by close friends and family members.

Anushka Sharma’s net worth is attributed to her successful film career earnings, private investments, brand endorsements and her production house earnings. She endorses brands like Heads& Shoulders, Manyavar, Pepsi, Celkon, Boost, Audi, Polaroid, Wrogn, Gionee and Fastrack. Her own production house ‘Clean Slate Productions’ has produced a few films so far and is a joint venture with her brother Karnesh Sharma. Anukshka Sharma also has her own apparel label called ‘Nush’ which specializes in women wear. Her net worth is around $35 million as of now. Her net worth jumped over 80% in the last three years. She even has personal investments of nearly 40 crores in real estate in Mumbai and all over India.

1. The Defence Minister wrote her a letter of appreciation

2. She cleans the Mumbai beach as a part a campaign

Anushka Sharma was appointed as the ambassador of PM Modi’s Swachh Bharat Campaign. She did her bit to raise awareness and help clean the Versova beach in Mumbai. She took to social media and posted a few pictures of herself and some volunteers cleaning the beach.

3. She rejected the film offer of ‘Tamasha’

She rejected the film ‘Tamasha’ directed by Imtiaz Ali because she felt that it focused on the male protagonist. The role went to Deepika Padukone eventually. She said in an interview that she has not seen the film and that if she had done it, she would have been praised as Imitiaz Ali is a good director.

4. She opens up in an interview about Bombay Velvet

She said in an interview that it was the first flop for her and it hurt her a lot. Bombay Velvet made her feel as if there has been a death in the family. She said, “I have never faced a… (pauses) …a flop. First time I am saying this. I’ve never faced it before. My films have done average well or they have done really well. It has never been like what happened with Bombay Velvet. And it’s really painful. I was feeling like some death has happened in the family. It is painful as you are so invested in the film.”

5. She always wanted to be a model as a child

Sharma had no plans of becoming an actress when she was a child. She only wanted to work as a professional model. Her parents were always very supportive of her dream. 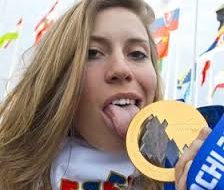 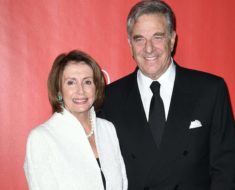 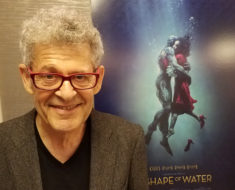 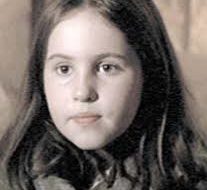 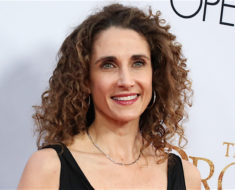 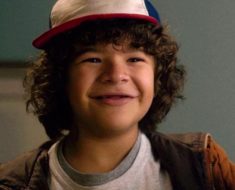