Ann Dowd is an American actress known for her roles movies such as Captain Fantastic and Philadelphia. Here are some facts about her net worth and life.

Dowd is one of the seven children of John and Dolores Dowd. She was born on January 30, 1956, into this Irish Catholic family living in Holyoke, Massachusetts. Her father left when she was in high school. Her stepfather, Philip Dean, was a doctor. As her family did not take her decision of pursuing her career in acting very well, Dowd took acting classes while graduating as a pre-med student from College of the Holy Cross in Massachusetts. The Good Behaviur star was quite passionate about acting since high school. Her passion reflects in her performance in several plays that she took part in during her schooling at Williston Northampton School. Dowd then later auditioned for the Goodman School of Drama at Depaul University, Chicago. She received a Master of Fine Arts title in acting from this university where she was also a classmate of Elizabeth Perkins. Because of her talent and strong will, Sarah Siddons Society offered her a scholarship as well.

Dowd is married to Lawrence Arancio. The couple lives in New York City with their three children, Liam, Emily and Trust. Dowd and her husband share a common profession. They both coach acting and often work together. Arancio was a coach for Lady Gaga as well. Apart from this, he is also a writer and Dowd is a foster care advocate.

Career in movies and net worth

The 61-year-old vibrant actress, Ann Dowd, started working in 1985 which means it has been almost 32 years since she stepped into this field. She has built her career with extreme passion and hard work which can be seen in her success today. It is not just movies that Dowd has worked in but she also has a long list of significant works in Television and Theatre. During this span of time, she has also worked with many popular actors. Dowd appeared as Louise Preston in her debut movie, Shiloh, a family drama, in 1997. She was also a part of its sequel, two years later, Shiloh 2: Shiloh Season. She again played the role of a mother after this in a 1998 film, Apt Pupil. She was also a part of the cult film, All Over Me in 1997. Philadelphia (1993) was drama film that won Golden Globe Awards. Dowd was a part of this movie that was meant to acknowledge AIDS, homophobia, and homosexuality. She played a character named Jill Beckett, the sister of the main character, Andrew Beckett, played by Tom Hanks. This film was directed by Jonathan Demme. Dowd worked again with Demme in a Meryl Steep starrer, The Manchurian Candidate (2004). This was an American science fiction political thriller. Ann Dowd worked with Denzel Washington as well in both these movies. In the same year, she also being cast as the mother of Natalie Portman in the movie, Garden State. The following year, Dowd portrayed Edna Page, the mother of the iconic figure, Bettie Page, in the movie called The Notorious Page. In 2006, she played the character of Mrs. Strank in the film, Flags of Our Father. The next Garden State actor Dowd worked with was Jennifer Aniston. She played a well-acknowledged character in the film, Marley & Me (2008). She next appeared as Sandra, a restaurant manager caught in a nightmare in Compliance, a 2012 thriller. She also has the National Board of Review Award for Best Supporting Actress in her name. Apart from this, she has played many supporting roles in movies like It Could Happen to You, Alice Upside Down, Gardener of Eden, Side Effects, Captain Fantastic, Collateral Beauty, The Informant!, Bachelorette, and many more. Through her various performances, Dowd has proven that supporting roles are the pillars of successful movies as well. She has defied all the norms and proven that supporting roles can be represented beautifully. This has brought not only her fame but also a justifiable net worth which continues to grow. Including her luxurious possessions, stocks, properties, and the money Dowd has earned to this date through her career as an actress, her net worth is estimated to be around $3 million, as of 2017.

Although Dowd started her career in movies in 1997, she had already stepped into Television in the year 1985. She began working with actor Megan Mullally in the television movie, First Steps. After this, she continued playing characters in many famous shows like, House, Louie, Chicago Hope, The X-Files, NYPD, Judging Amy, Third Watch, Freaks and Geeks. Dowd also received a Viewer’s for Quality Television award for Best Supporting Actress for her appearance in a series, Nothing Scared. She is currently mostly known for her role in The Leftovers. Dowd was recently a part of the series Good Behavior from 2016-2017. Currently, she can be seen as Aunt Lydia in The Handmaid’s Tale. Speaking of theatre, Dowd has appeared on Broadway thrice, in plays, Candida (1993), Taking Sides (1996), and The Seagull (2008). She has won the Clarence Derwent Award for Candida. She has also won three Jeff Awards for her work in Chicago Theatre including one for the play, The Normal Heart.

Recently, something big happened in the life of Good Behaviur star. It was probably the most anticipated day of her life. She won the award for Outstanding Performance by a Female Actor in a Drama Series at the Primetime Emmy Awards. What is a bigger amazement is that Dowd was competing against Millie Bobby Brown, nominated for Stranger Things, Uzo Aduba nominated for Orange is the New Black, Thandie Newton nominated for Westworld, Samira Wiley nominated for The Handmaid’s Tale, and Chrissy Metz nominated for This is Us. She was thrilled and excited about it. It seems though she came up with the perfect winning Emmy Speech. The internet is already going crazy over the way Dowd said “HULU”. Her fans are already flooding the social media with the memes. Her Emmy Speech has become the highlight of the Emmys.

After listening to her Emmy Speech, people are eagerly waiting and hoping to listen to Golden Globe speech of the Good Behavior star. People around her are fascinated about how age doesn’t bother her in achieving what she is aiming at. 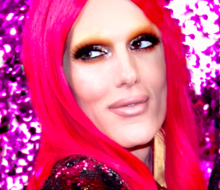 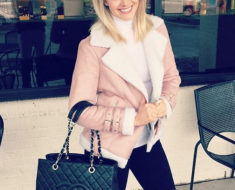 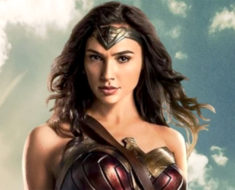 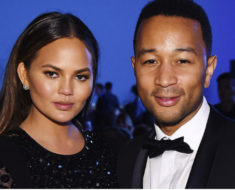 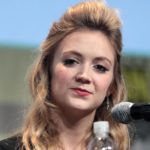 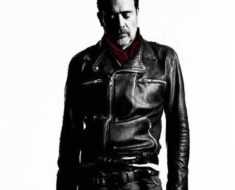