The famous American model and fitness professional Amanda Cerny was Logan Paul’s ex girlfriend. Find out about her net worth, Vine and other facts.

Amanda Cerny is a famous American model, television personality and a fitness professional, who has a net worth of $ five hundred thousand. Cerny was born in Pittsburgh, Pennsylvania in 1991. Cerny was also the Playboy Playmate of the month in the October 2011 issue. She founded the Play Foundation, a nonprofit organization that helps kids all over the world to connect with music. Amanda Cerny is 5 feet 7 inches tall. Cerny is a vegan and has also posted a YouTube video asking her fans whether Vegan diet gives strength. A vegan diet is the secret to her fitness she reveals. The star has a perfect body and is a fitness expert. Cerny loves eating plants and gets most of her proteins and fats from nuts. She does not take any supplements or processed food. She even has a YouTube video about five simple rules of eating a banana. The famous Playboy model also does a lot of workout to keep fit. Cerny is into boxing, yoga and many other forms of workout. Her friends call her a very motivated lady as she motivates people not to give up on exercising and also tells them about the wonders of a vegan diet. Cerny is also a fan of adrenaline pumping sports like skydiving, bungee jumping and deep-sea diving. She has done her graduation from the State University and is also a host for Dirty Dutch entertainment. She appeared on the TV series Americal Idol. Cerny is a social media star and has around 4 million followers on Vine, where she posts her comedic videos.

She is the ex girlfriend of Logan Paul

Amanda received high grades in her high school and then joined the Florida State University to study International Affairs. Later, Cerny became interested in working for Playboy after she saw the pictures of Miss October 2008. After Cerny’s graduation from high school and the start of her University, she started to send photos to the editorial team at Playboy. While Cerny was still in her junior year at University, she was invited from the Mansion to come and visit the place and undergo a test shoot. Cerny was chosen as Miss October 2011 and she also dropped out of University and moved to L.A. to pursue her dreams. Amanda Cerny came into limelight in the Vine Community when she and her best friend Lele Pons started posting comedic videos on Vine. One of her most popular videos is ‘5 Rules Eating Banana.’ Cerny can also be seen in a music video ‘Homeless in Heathrow’ by the band FartBarf. Cerny is a YouTube star and her channel is Amanda Cerny Vlogs channel. Her first film was ‘The Bet’. ‘The Bet’ was released in 2016. It is about a guy who is down on his luck and gets into an absurd bet where he has just one summer to find and hook up with every girl he had a crush on from the 1st to the 12th grade. Amanda Cerny plays the role Mrs. McDoogle in the movie. Cerny is a digital media star with millions of fan following on Vine,, Instagram and Twitter. She had a recurring role on ‘Adam Devine’s House Party’ for Comedy Central. Cerny shot the digital feature ‘Internet Famous’ for Lakeshore Entertainment. She has also starred in music videos for DJ Chuckie, Eli Roth and Dillon Francis. Amanda Cerny also appeared as a guest on HBO’s ‘Hello Ladies’ and ‘The Late Late Show with James Cordon’. Cerny has done some campaigns for Forbes 30 Under 30, Esquire, Paramount Pictures, Comedy Central and Twentieth Century Fox. She will next be seen in the movie ‘Deported’ as Ashley. ‘Deported’ was released in 2017. Amanda Cerny also appeared in the comedy short film also starring Logan Paul, ‘Airplane Mode’. ‘Airplane Mode’ is a movie of a relatively large group of washed up Disney and YouTube stars who travel together on a plane but something goes wrong midway into the flight. 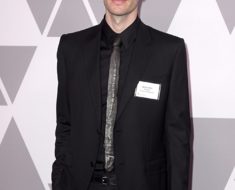 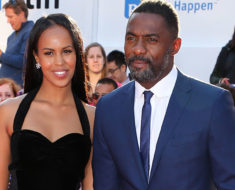 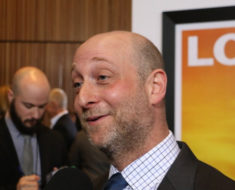