Power couples in the limelight proving otherwise to the naysayers

If there is any synonym for what Hollywood is, it is short marriages. Like the 72-day marriage of Kim Kardashian with Kris Humphries, and the marriage of Britney Spears that was quickly annulled with Jason Alexander in 2004. Celebrities are not known for their “until death do us part.” Also, the decade of 2010 has not been kind to celebrity marriages. The world was surprised by the divorce of Brad Pritt and Angelina Jolie after having been together for 14 years. Meanwhile, Chris Pratt and Anna Farris also separated, causing Pratt fans to be excited and equally incredulous.

Perhaps that is why it is so comforting to listen to the stars that, even surrounded by the brightness and glamor of the style of the red carpet, remain faithful to their partner. Although it is believed that love has an expiration date, that is something that simply does not happen for some famous couples. Yes, we know it is very common to hear or read about the end of a relationship between celebrities, but there are many who remain together for several years. They demonstrate that in an environment as complicated as the show business is, love can last despite working with other people and other things, as long as there are respect, complicity and a lot of communication.
No matter what their secret is, whether big or small, these couples are together through illness, stress, and scandal. Want to know who are we talking about? Keep reading and find out 8 kickass famous couples with marriages that are longer than a decade!

The relationship between Meryl Streep and her husband, the sculptor Don Gummer is a real inspiration. The three-time Oscar winner was in depression after her first boyfriend, with whom she dated for three years, died of cancer when her brother introduced her to Don Gummer. After meeting for a few months they decided to go through the altar that same year, in 1978 and, since then, they have become one of the most solid and real marriages within the world of Hollywood. The fruit of this 42 year relationship is their four children: Henry Wolfe (40), musician, Mamie (36) and Grace (33), both actresses, and Louisa (28), model.

Tom Hanks and Rita Wilson are known to be one of the happiest couples in Hollywood. The actors have been married for almost 32 years and have two children: Chester and Truman. In addition, the actor is the father of Colin and Elizabeth, born of his previous relationship with the late Samantha Lewes.

Although the marriage has been on a tightrope at some time, together they have fought for love and managed to get out of any situation, however complicated it was, such as breast cancer, which the actress fought in early 2015 and that surpassed at the end of that same year. “We all know what kind of hell it is. It comes from nothing and everything else stops, because the important thing is to pay attention to the countless things that need to be taken care of,” he explained. Guess we could use that, too!

If you have to talk about lasting marriage, you cannot miss the actors Kirk Douglas (103) and Anne Buydens (100) who have been married for almost 66 years. Before Anne, Kirk had already been married to American actress Diana Webster, with whom he had his two oldest children, Michael and Joel. The marriage only lasted seven years. They divorced in 1951 as a result of the infidelities of the actor, who has not hesitated to recognize in different interviews and even in his own memories that he has always been a womanizer.

Three years later he married Anne Buydens, the woman who, in his words, “has given him stability” and, in addition, two more children, Eric and Peter. “I was lucky to find my soulmate and I think our marriage is wonderful,” said the actor in an interview with the magazine ‘Closer’.

Denzel Washington and Pauletta Pearson met in the filming of the television movie ‘Wilma’, in 1977 and married in June 1983. The result of these 35 years of marriage is their four children, who have followed the footsteps of their parents and all work in the film industry, in front of or behind the cameras.
The actors, who have overcome rumors of infidelity and separation, admit that they have also had their ups and downs. : “There is no secret to the perfect marriage. Everyone has their ups and downs, we have had ours. It is hard work, you know, but we got the hang of it,” said the two-time Oscar winner to The Guardian ’in 2010.

John Travolta and Kelley Preston met in the filming of the movie “The Experts” and married two years later, in 1991, which for her would be her third marriage. Without a doubt, the key to the success of these almost 29 years of marriage has been to remain united in difficult times. In 2009, the couple suffered the death of their son Jett at 16, a very hard situation that they managed to overcome thanks to their other daughter Ella, 19, and Benjamin, 9. The marriage has also fought against the incessant rumors about the homosexuality of the actor.

Hugh Jackman is another Hollywood star who can be happy of being married to the same woman, actress, director and producer Deborra-Lee Furness for 22 years, and still feeling as happy as the first day. The protagonist of ‘X-Men’, 49, and his wife, 62, met in 1995, when they participated together in the Australian series ‘Corelli’. The actor has revealed on occasion that when they began the relationship, he was already clear that she was the woman of his life. “I decided that I would not ask for marriage until six months, but four passed and I thought it was a ridiculous rule,” he said in an interview. The couple, who married in 1996, have two adopted children, Oscar, 19, and Ava, 17.

Will Smith, 51, and Jada, 48, met in the recordings of the ‘The Prince of Bel-Air’ series. She appeared at the casting for the role of Will’s girlfriend but was ruled out for being shorter than the producers were looking for. But he did not let her escape. They married in 1998 and, 22 years later, they know how to maintain success in a relationship where constant work and love for each other become the perfect execution of the couple, as the interpreter himself has stated on his Instagram account.

And the one who is one of the most durable couples in Hollywood knows what they are talking about because they have survived several rumors of separation, infidelity and even being “swingers” – to practice the exchange of couples. Will and Jada have two children, Jaden and Willow, 21 and 19 years old. To these must be added Trey Smith, 27, son of Will Smith’s first marriage to actress Sheree Zampino

Actress Sarah Jessica Parker has been married to fellow actor Matthew Broderick for 22 years and the key to her success is none other than being separated, as the protagonist of ‘Sex in New York’ confessed a few weeks ago in an interview. “I know this seems crazy, but we have lives that allow us to be away and get back together without any problem,” said the interpreter, 54. The actors, who are parents of three children, James, 17 years old and the twins Marion Loretta and Tabitha, born by surrogacy 10 years ago.

Trend of these long marriages

Relationships are usually consolidated into marriages. When a couple marries it is because they decide to be together for all their lives and enjoy life as a couple where happiness reigns between them. It is a beautiful dream and all couples in the world who decide to get married would like to have a long and happy life as husband and wife.
The reality is that for a marriage to be long and successful it takes a lot of love to get it since it is not easy at all to achieve. Human relationships are complicated by themselves and when you add a lot of time in a relationship, if you do not work to get it to thrive it may end up getting cold and eventually in a breakup

Because of all this, it is a good idea that if you are in love with your partner and want it to be like this forever, keep in mind some keys so that your marriage is long and successful, but above all, so that you are both happy next to each other. The formula for getting it varies from one marriage to another, although often, especially in the oldest, the advice is sought from those who get it, in an attempt to unveil the secret of how to keep the flame alive.
One of these iconic marriages was that of Paul Newman and Joanne Woodward, who married in 1958 and remained united until the death of the actor in 2008; fifty years together, and an appointment that would go down in history as one of the great moments of marriage, in his words: “why are you going to eat a hamburger outside if you have a sirloin at home” the actor would say when asked about the secret of the longevity of their marriage.
In a television interview granted by both of them in 2002, she also contributed her grain of sand to the common wisdom of love that lasts a lifetime: “When they ask me about our relationship, all I can say is that although the person is sexy and attractive, all that ends up running out. And the only thing left is if you can make that person laugh or not. And of course he keeps on making me laugh. “

Among recent marriages there are also examples that skip the fifteen-year rule: David and Victoria Beckham have, celebrating their 21st anniversary this year. Their relationship has been extensive with rumors of separation and yet the marriage has remained solid, almost as an alliance, in addition to publicly sharing the love they both feel for their four children.
The same goes for other marriages that said ‘I do’ in the 90s: Will Smith and Jada Pinkett, Colin Firth and Livia Giuggoli or Matthew Broderick and Sarah Jessica Parker. The three marriages have been together for 23 years and in the case of Matthew and Sarah, the secret seems to be the same as that of Paul Newman and Joanna Woodward: “Above all, we are friends, and we talk about everything, ” he acknowledged on The Meredith Vieira program, stressing that one of the actress’s best qualities is her sense of humor and the fact that she still be able to make him laugh.
For the Pinkett-Smith marriage, the secret, at least for her, would condense into just a couple of words, as she recalled in a post on her Facebook profile: “know how to forgive.”

32 years is how much time Tom Hanks and Rita Wilson have been together for; the actor pointed out in an interview with ET online during a premiere walk of red carpet that the secret to staying together all that time is none other than having found the adequate person. “When we first met there was a mutual feeling of ‘this is it’. We got married for a good reason.” Something that has been demonstrated over almost three decades.

Related Article: 12 Plus Size Celebrities Proud and Confident of Their Body
Plus size is not a sin and how to be comfortable in your own skin

Long-lasting pure love is real, guys! That is what these Hollywood couples have taught us. Even in the hardest environment, they have managed to love each other and stay together through so much difficulties the industry carries. I guess you can be pretty insired by that! If they could, we can, too! 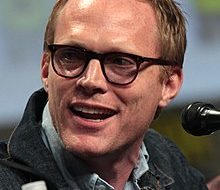 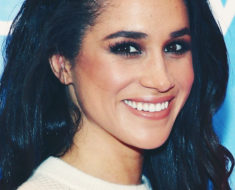 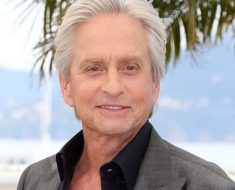 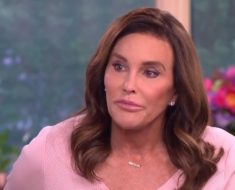 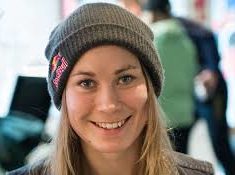