Who needs social media when they are already super famous?

Internet platforms are very much a lifestyle right now. It is so appealing that people can’t resist getting in there – especially celebrities.

Who said that they only have to sell out their careers out here? There’s no doubt that you’ve spotted celebs getting into product promotion to supplement their careers.

Like, you’ve seen celebrities branch off and create their products? The next thing you notice-their new endeavors following from Snap chat to TikTok.

Top 3 Celebrities Who Are Super Active On Social Media

Celebs use social media to identify with the people and strengthen their fans’ loyalty. They often use it because they need to update their fans on their daily lives or share news of their latest achievements.

But then, some celebrities are obsessed with it. Like, they are all over the internet with the most average number of posts in a month. Who are they? Read on, and you’ll discover.

There you go with-how in the hell did Kim Kardashian lose this title? You know, although Snoop Dogg is not the most followed celeb, he is the most active social media use of them all.

Like, have you seen how much he posts on the second most popular online platform- Instagram? Apart from that, he ranks top on twitter too! Snoop’s average number of posts in a month is 382 on Instagram and 265 on twitter. What an addict!

This child-star is not only popular on TV but also can’t stay quiet on social media. When she’s not dominating the streets of Disney, she’s rocking this part of the realm-social media.

The young actress repeatedly uses the internet to call out everyone she doesn’t like and advocate for social justice.

You better wait for her social media fame because her followers are increasing like crazy! What do you expect with an average of 531 twitter posts and 35 on Instagram in one month?

It had to be Khloe-a Kardashian! Isn’t she relentless about staying in touch with her fans?

She is the queen of social networking because she understands that any celebrity can set up accounts, but it’s what you do with it that counts.

With just a fraction of followers, she ranks far and away as the most active internet celebrity. Don’t 468 twitter posts and 41 on Instagram move ranks?

Reasons Why Celebrities Do Not Want Social Media

Who knew that famous person could lack the mental fortitude for the internet? Bet you would too if you had trolls on your back. These sick individuals can scorn, humiliate, ridicule, and inflict pain to anyone out of jealousy or don’t like you.

Sadly, such people can tarnish the brands and reputations that these celebs took years to build. This ugly fact marks the internet a no-go zone for some of these influential individuals.

The fact that fans expect their icons to keep up with sharing freaks out some icons.  And, they find the pressure of trying to befriend so many individuals and finding as many “followers” as they can, overbearing. The pressure can get so intense that one can choose to share personal photos.

Plus, doesn’t being all picture-perfect and all too glam to keep up with the best of the best wear someone out?

3. To Avoid Being Consumed

You probably understand how it can consume you and your time. Like, how many hours do you spend online when there are many more productive things you could do?

Wait, you remember how you couldn’t wait for Kylie Jenner to post her baby? If only you used that time to focus on other tasks and aspects of life.

Well, some famous people would rather sleep and vacay than get social.

4. It Is a Platform for Pretense

Some celebrities can’t stomach social media clones. Like, the hybridized version of – keeping up with this and that – making stars look like they are having the moment of their life.

This highlight reel makes other people want to measure themselves to the clones’ unrealistic scale.

Well, for some celebrities to stop seeing them or being one, they’d rather stay away than lie to their fans about their real selves.

What else can you blame for the current disconnection in this former highly connected world, if not social media?

This platform validates digital interfacing more than advocating for a physical connection between influential people and their fans.

For this reason, a celebrity can choose to keep off the internet for them to relate one on one with their fans.

16 Celebrities Who Do Not Give A Shit About Social Media

Call the police if you see this “Hunger Games” actress on the social media streets because it will be an impersonator.

She abstains because she can’t stand the scorns and backlashes on the internet.

Surprised, huh? Well, the comedian chooses to stay off the online platforms because he thinks you don’t have to know when he eats his strawberries. Plus, he’s beyond feeding into the pressure of living up to what people expect of him.

Bet she would have lots of fans following her on the internet. But she doesn’t even know how she can handle the online pressure. She wonders how the Kardashians manage it. Well, you’d have to wait a little longer for your favorite star.

Although he has online followers, he doesn’t keep any internet profiles. He thinks he doesn’t have what it takes and that he’d be a disaster if he did. But, how can a great “ Sherlock” actor lack social media skills?

She has escaped the online fanfare because she doesn’t want to mix her public life with her private life. This “70s Show” icon thinks opening her life for the platforms will do more harm than good.

You all must love her for her role in the “Titanic.” Unfortunately, that’s where it stops because she wants privacy and genuine interactions. She hates what the portrayal of a perfect life on the internet does to shorthanded people.

Although she knows the social media goodies, she chooses to find different ways to sell herself and her brand out there. Plus, she doesn’t see the reason to update you whenever she is eating or dropping her kids to school.

To her, the whole thing is time-consuming when there are “much Cooler, and productive rad things” that could be happening.

Someone wants to make you miss him-George Clooney. He doesn’t think that people have to be that present anyway.

“Harry Potter” believes that he lacks the mental capacity to tolerate trolls and haters. He thinks he would get into fights with them. Above all, he just dislikes the platforms.

Bet you would want to do something and earn from it, right? Well, Tina wouldn’t give you her jokes for free either.

Anyone would want to be Emma’s real-life friend if only she were active on the internet. She shuns away because she finds the desire to share her life with strangers problematic.

Must it be sweet, Angelina? Well, you have to get used to it because, just like his ex-Brad Pitt, she doesn’t understand social media. If only she were tech-savvy!

Find Sandra Bullock if you a looking for someone who hates selfies. She says is she will have to erase it, she’d rather not post it. She also hates online lies and pretense.

No one wants his fans to enjoy movies as much as Cooper. He is bothered that his fans will see him differently if he shows too much of him. He fears that this will affect his persuasive power in movies.

Although “James Bond” is people’s favorite, he thinks he’s too old and boring to be on online media. He even questions if the young would bother listening to him. But who wouldn’t?

How much longer will you wait to see your favorite icon on social media? Forever? 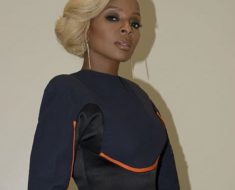 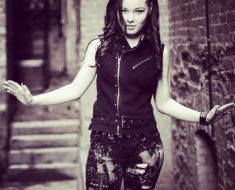 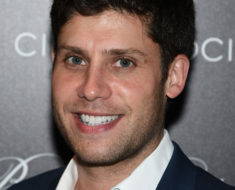